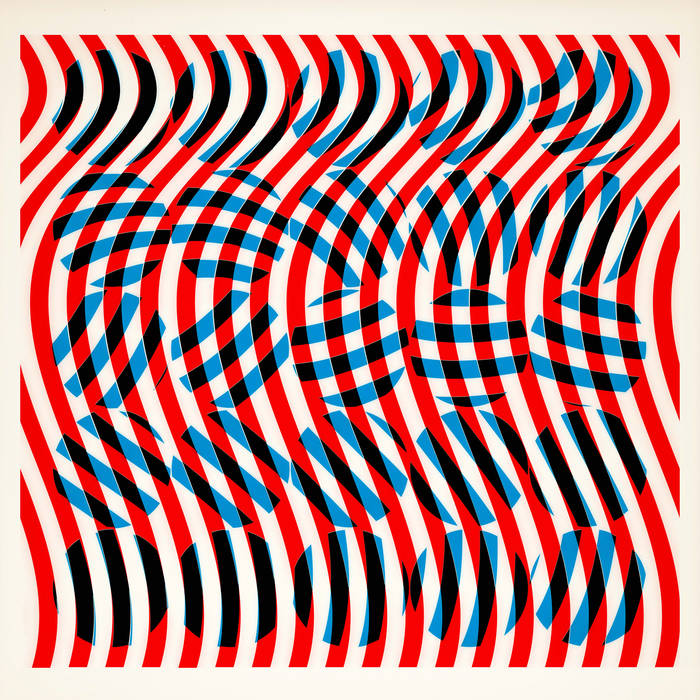 Projected Reworks is eight commissioned tracks by artists who use the turntable as an instrument. Using only physical copies of Sculpture's 5-inch locked groove animated picture disc 'Projected Music', Dan Hayhurst's sonic material containing 26 loops are transfigured into new imaginings by some of the most prominent and inventive artists working in the field.

These reworks range from free improvised one-take sessions such as Marriam Rezaei's effervescent experimental turntablism to Graham Dunning's cut-up and reconstructed discs utilizing kids 6'' discs from the 1960s with aid from his mechanical techno process and sprinkled toasted almonds. Janek Schaefer's lament is inspired by a web of lies using his two tonearm turntable to spin the grooves in dialogue arguing with each other resulting in them droning on and on. Maria Chavez, having published a handbook in experimental turntable technique, fragments a poetic and almost Basinskiesque lullaby with a sense of (be)longing.

Philip Jeck provides two very different perspectives, the first sounds like a deranged merry-go-round with a faulty motor while the second takes us to even darker distorted territories as he mangles through warped convolutions of manual pitch shifting and lo-fi effects. Tom Richards uses his own invented synthesiser modules which allows him to control the motor of three modified turntables through the use of syncopated voltage control resulting in a 10-minute saga. Me, Claudius's use of room recordings amplifying through phased guitar amps with blips and lighter sparks feels as if we are present in the room, witnessing every tactile gesture whilst intoxicated by the butane

exploring the synaesthetic intersections between sound and its visual counterpart.

Bandcamp Daily  your guide to the world of Bandcamp